What Is The Endocannabinoid System?

Discovered in 1992 by Dr. Raphael Mechoulam, the Endocannabinoid System (ECS) is an integral part of our physiology as humans. The ECS modulates certain receptors located throughout the body to promote homeostasis, the state of equilibrium. In fact, these receptors are found in nearly every cell and organ system in humans and animals.

In order to maintain a healthy physiology, our body produces natural chemicals called endocannabinoids. Our internal endocannabinoids include Anandamide and 2-Arachidonoglycerol (2-AG).

For a more in-depth look at the Endocannabinoid System, click here to review the Mayo Clinic’s review paper on the ECS. 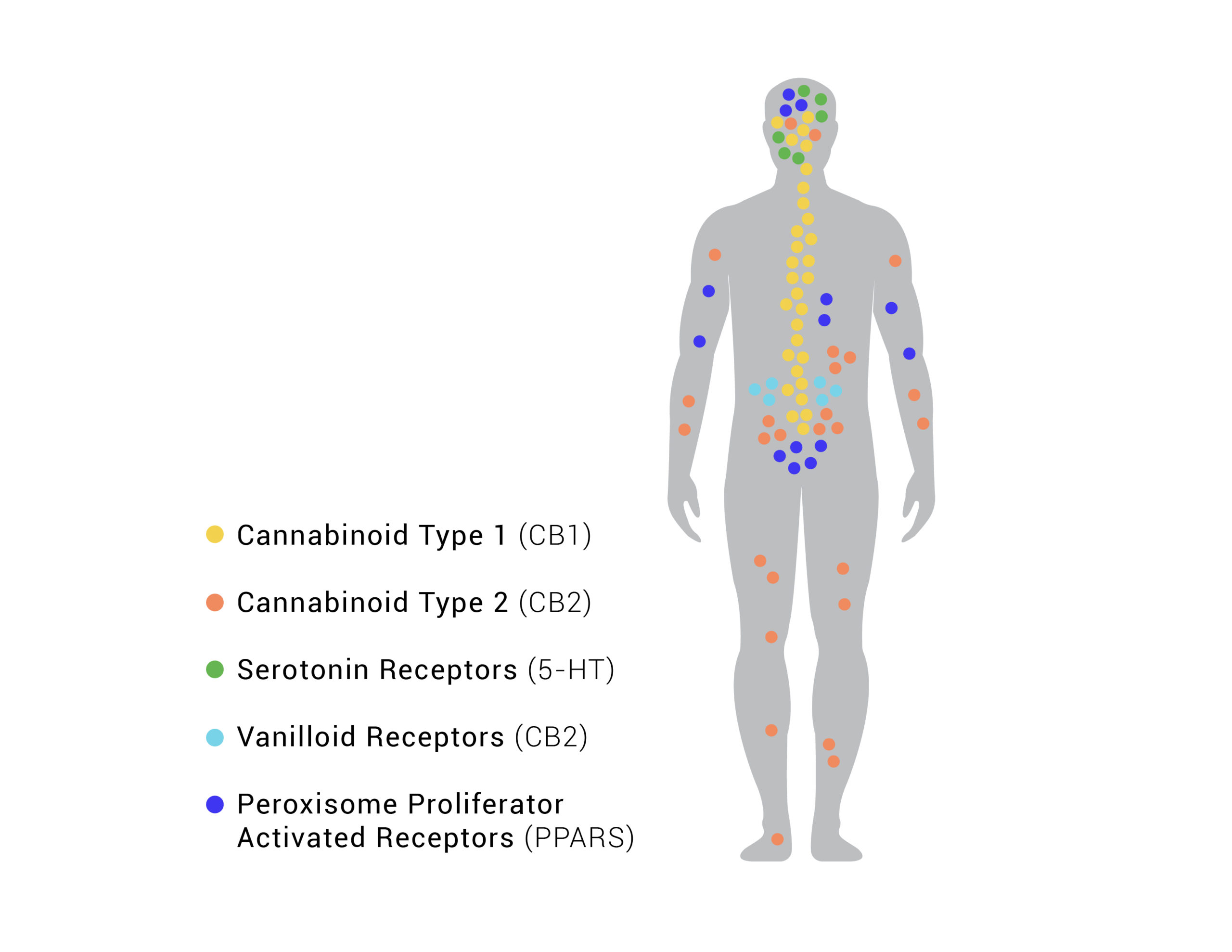 The hemp plant contains over 100 unique compounds called cannabinoids, including THC and CBD. Cannabinoids have been used for thousands of years to provide relief to an array of symptoms including pain, nausea, anxiety and inflammation. Cannabinoids work by imitating endocannabinoids, the compounds our bodies naturally produce, to promote the state of equilibrium within the body. Essentially, cannabinoids mediate communication between cells to help alleviate Endocannabinoid Deficiency, effectively helping the body heal itself. 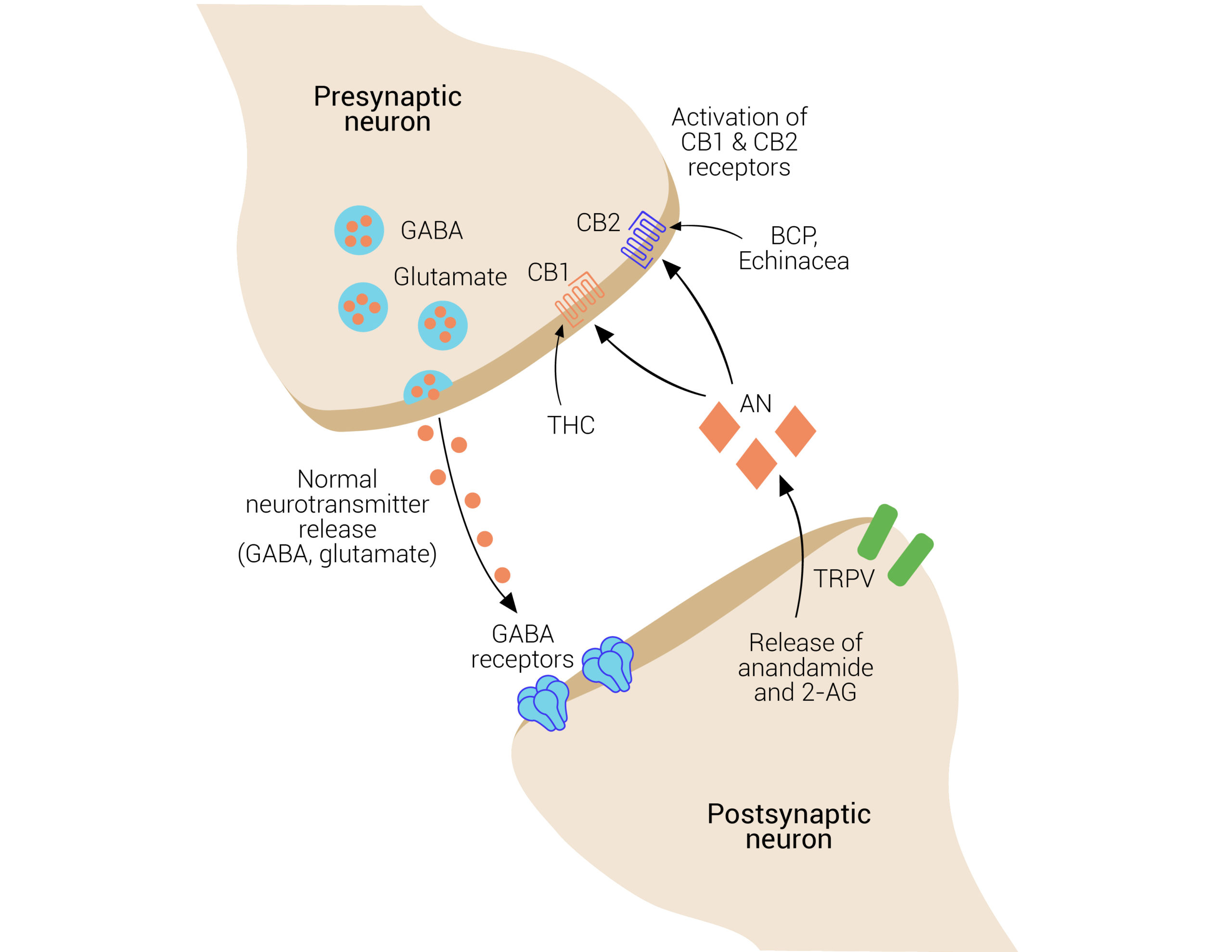 Terpenes are organic compounds that are found in many plants. The hemp plant has naturally high levels of terpenes, which are responsible for its distinctive smell.

Research also indicates that terpenes work in conjunction with cannabinoids, and directly interact with the ECS. Terpenes also contribute to the Entourage Effect of CBD- the result produced from the synergistic interaction of the cannabinoids and terpenes found in the hemp plant.

At ritualx, we have a collection of formulations specifically focused on terpenes.

The terpenes infused into our formulations include: Alpha-Pinene, Myrcene, Limonene, Linalool, Terpineol, Beta-Carophyllene, Humulene and Terpinolene.

What Are Cannabinoid Strains?

The hemp plant is believed to have originated in Central Asia, but over the course of a millennia, it is now grown on every continent.

Many variations of the hemp plant have been bred for different cultural and medicinal needs over thousands of years.

Many strains were collected from their native habitats and brought to the West, where they were crossbred with one another by horticulturists seeking to explore the full potential of the hemp plant. This process of hybridization resulted in the thousands of named varieties that are available today- each containing different levels of cannabinoids and terpenes.

After extensive research, we chose to include the following strains in our collection due to the benefits associated with their terpene profiles:

What Are the Different Extraction Techniques?

In order to get CBD from the hemp plant, it has to be extracted. To do this, there are three different techniques we use for our formulas.

Our ethanol extracted formulations are produced using food-grade ethanol to extract cannabinoids from the hemp plant. Unlike other extraction methods, ethanol extraction can produce CBD oil with up to 99% purity.

ritualx Formulas 1 and 4-17 use this extraction method.

Cold Press extraction uses direct pressure to extrude the oil from the hemp flower without the use of solvents, leaving its non-decarboxylated form.

Cold pressed CBD oil is not chemically cleaned or bleached, and the sediments are removed mechanically using filtration.

ritualx Formulas 18-20 are extracted through this method.

Our CO2 extracted formulations are produced using “Supercritical” carbon dioxide to separate CBD oil from hemp plant material. “Supercritical” refers to the CO2 containing properties of both a liquid and a gas state.

During this extraction technique, a variety of pressurized chambers and pumps are used to expose CO2 to high pressure and very low temperatures, resulting in an extracted oil containing high amounts of cannabinoids.

ritualx Formulas 2 and 3 use this extraction method.